A car manufacturer is bypassing traffic and reducing carbon emissions by transporting equipment to its production line – by DRONE.

SEAT is revolutionising logistics by loading parts into a carbon fibre capsule and attaching them to the drone with an electromagnet.

The Spanish firm has released incredible footage of the pioneering process, which can slash the delivery time of parts by 80 per cent.

The video shows a steering wheel being attached to the drone at the Grupo Sesé Logistics Centre in Abrera, near Martorell, Spain.

It then takes off from the launch pad for the 2km trip to SEAT’s assembly workshop.

The drone, which has a 1.7-metre diameter, flies 95 metres above ground at speeds of up to 25mph before dropping off the capsule at its destination four minutes later.

It takes just 15 minutes for the steering wheel to be ordered and transported to the production line where it is fitted to the new car.

“With this innovation, we are boosting ‘Industry 4.0’ and will be more efficient, agile and competitive, as well as much more sustainable. “Drone transport is going to revolutionise logistics, as for example in the case of SEAT, where it will reduce part delivery time by 80 per cent.”

The system is emissions-free as drones run on electric batteries, potentially reducing CO2 emissions by around 1 tonne per year.

Drones are one part of SEAT’s ‘smart factory’ strategy, which implements disruptive technologies to consistently improve production processes and provide customers with greater speed and flexibility.

At the moment, it is using drones for transporting steering wheels and airbags, but plans to take the service further.

The Spanish Aviation Safety Agency is supervising the project.

“We’ve tripled safety on this project. “The most important aspect was that the drone had a large load capacity and to streamline its construction to the maximum. “In addition to its six motors, we’ve equipped it with three GPS, six batteries and three IMU (Inertial Measurement Units), which are the inner workings of the drone.” 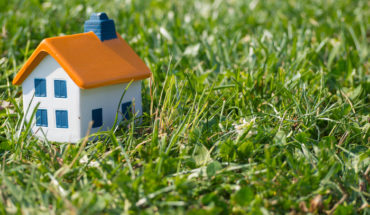