A new detector using photonics to identify E. coli bacteria from a tiny drop of blood, and produce a while-you-wait diagnosis in less than thirty minutes is making a bold bid to reduce the mortality rate from sepsis by more than 70%.

European scientists have developed a new sepsis detector that uses photonics to produce a while-you-wait diagnosis, from sample to result, in less than thirty minutes.

Programmed to detect proteins and E.coli, one of the deadly bacteria that can cause the human body to go into septic shock, the detector then uses light to look for specific biomarkers (the tell-tale signs or an indicator of a disease) that are as small as few nanometres in size, or 1 / 1,000,000th of the thickness of a single human hair.

Pre-clinical trials have already begun at the Vall d’Hebron University Hospital where the device has been in operation since 2018. Clinical trials are expected to take place at the end of 2019.

The rapid ‘microarray’ detector looks at a small blood sample taken from a thumb or forefinger. The patient’s blood sample is then separated in a centrifuge so that a clinician can examine the plasma, the part of the blood sample where all the proteins are contained.

Current techniques for detecting sepsis, a condition that kills more than 20,000 people per day worldwide, can take hours or even days to produce the results and diagnosis. While bacteria need to reproduce in large quantities before an accurate determination can be made, a patient can often be waiting more than one day before a course of treatment can be determined. If caught early enough, sufferers can be treated for sepsis with simple antibiotics.

Sepsis can be fatal, (affecting more than 30 million people worldwide, potentially claiming the lives of 6 million people every year), but can also leave sufferers with life-changing conditions like organ failure or the loss of an arm or leg.
Project coordinator, Dr Roland Terborg explains:

“The optical readout of the sample can be completed in one minute, allowing us to deliver results in thirty minutes from start to finish. This is much faster than methods currently in use. With a condition like Sepsis, where time is crucial this device looks set to prevent thousands of deaths every year that could easily have been avoided”.

Developed by the ‘RAIS’ project, (or ‘Scalable point-of-care and label-free microarray platform for rapid detection of Sepsis’), the project was coordinated by ICFO in Barcelona and is a success story for the Photonics Public Private Partnership.

The sepsis detector uses photonics technology to make a clear and accurate diagnosis. The plasma sample flows over a microarray, a collection of tiny spots containing specific antibodies on a nanostructured gold slide.

Two light beams are then shone through the full microarray, with one of them passing through the sample, while the other one goes through the clear part of the slide, acting as a ‘reference’.

The beams passing through the biomarker and the clear regions on the slide are then checked for any changes in intensity.

“Depending on the amount and type of biomarker attached to each antibody, we obtain a unique image: a signature pattern if you like. The image patterns tell us what is present in the plasma sample, which we then record with a CMOS sensor, the same technology used in a digital camera that converts light into electrons,”

“The low-cost point-of-care microarray platform will allow clinicians to identify sepsis early and therefore start patients on the right treatment quickly, potentially reducing the mortality rate by as much as 70-80%. The detector will have a significant impact on European industry, making it more competitive in the point-of-care medical market for detection of sepsis and other infectious diseases,” Dr Terborg said.

The detection of Sepsis in a fast and effective way can save the healthcare system several tens of billion euros per year due to the decrease of hospital stays, and the reduction of unnecessary drug usage and associated insurance costs.

The device could also be extended to perform on other types of disease screening or multiple simultaneous diagnoses, especially those requiring a rapid detection of large numbers of biochemical targets (more than 1 million) on a single microarray.

The RAIS consortium received a grant of € 2,988,572.50 from the EU via the H2020 programme and was made up of partners from Spain, Switzerland, Germany, Belgium, the U.K. and Italy. RAIS was coordinated by ICFO, and saw the collaboration of the Ecole Polytechnique Federale de Lausanne, iXscient, Diesse, the Catalan Institute of Nanoscience and Nanotechnology, microTEC, Trinean, Hospital Vall d’Hebron and Thermo Fischer Brahms. 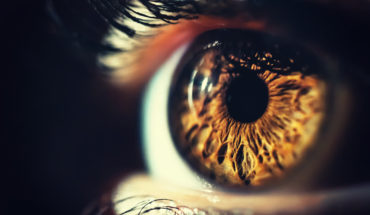