Martin Powell is CEO of the Institution of Structural Engineers

‘Every year at the Structural Awards, there is a sense of the global structural engineering community coming together to showcase the best of what they do. This year is no exception. On Friday 16th November 2018, some of the most talented men and women in the field will come together at the iconic venue The Brewery in East London to celebrate the latest achievements in structural engineering around the world.

The projects that make it onto our shortlist of 53 finalists are all iconic in their own way and destined to become landmarks in countries where they are constructed. For example, the Velodrome, which was constructed for the 2012 London Olympics, was a previous winner and is now considered a world-class structure for its many innovations. We are a global institution reflecting the fact that structural engineering is a peripatetic industry and our members come from many nations. Not surprisingly, around 45 per cent of the entries come from countries outside the UK. This year, the shortlisted entries for the award for long span structure includes the Louvre Abu Dhabi, which is already a breathtaking feature on Saadiyat Island, Abu Dhabi, and the Reflector Supporting Structural System of the Five-Hundred meter Aperture Spherical Telescope (FAST) which is based in the People’s Republic of China. Structural engineering firms represented include Becam for Duo, two cantilievered towers that have been built in Singapore, Over Arup & Partners Ltd for the Somers Town footbridge which adapts Victorian engineering with a meticulous modern approach to design and materials.

Major global projects are celebrated alongside smaller projects that have just as much impact on the communities they serve on a smaller scale. Finalists in the Award for Small Projects (of between £1-3 million) include Maggie’s Centre, Oldham, which is now being used by cancer sufferers in the NHS, is a simple box like structure which appears to floar because of elegant design solution supported on six slender columns.

Many of the projects have been accomplished by structural engineering combining their talents, as is the case with the Queensferry Crossing which is an extraordinary bridge by almost any measure. All the projects we celebrate are inspiring and lead the way in terms of innovation, use of new materials and pushing what is physically possible. Due to the trickle down effect, we know we will see other following their lead in the future and bringing extraordinary things now into the realm of the ordinary. One challenge for us in the future is to think about how to can celebrate domestic projects which are a real part of our everyday but still need to have structural engineering excellence.

We are very lucky to have a judging panel made up of people who have amazing depth and breadth of experience in this sector. Chair of the panel is Professor Tim Ibell who is a past President of the Institution and has held professorships in structural engineering both the University of Cambridge and the University of Bath.

Winners of the different awards will win the acclaim of their fellow structural engineers and the wider engineering and construction community. There is no financial award, but we hope that the plaque honouring their achievement will be shown on the building or project that has won the prize. No doubt it will also get a mention of their corporate CV too. 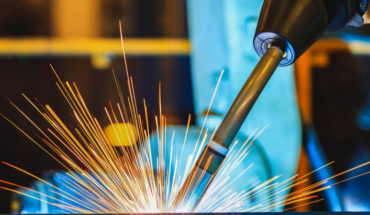