David Wain, 56, is the wind tunnel supervisor at Midlands-based engineering consultancy, MIRA – the home of the UK’s only full- scale aerodynamic wind tunnel, which provides an aerodynamic engineering and testing service for a wide range of applications, from automotive testing to wind turbines and even sports clothing.

Formerly, an aircraft technician with the RAF, Wain started his career at MIRA 27 years ago. Here he tells Megan Campbell about his typical day.

“I am usually on-site by 8.30am, and my first task is to ensure that all the software for the day ahead is up and running as it should be. The data analysis we provide for customers testing in the wind tunnel requires a lot of specialist software, so getting this set up is incredibly important. We also ensure the facility itself is in good working order before we begin the day’s testing.

“With a height of 4.5m and width of 8m, the chamber itself has the ability to house a double-decker bus or even a tank. Originally constructed in 1960, the tunnel uses four Avro Lincoln aircraft propellers as the fans – each of which is driven by a 325hp electric motor. Today, it is still housed in one of the aircraft hangers remaining from MIRA’s former life as RAF Lindley; a Lancaster bomber and Spitfire pilot training facility in WWII, and can generate wind speeds of up to 130 kph..

Because of its scale and uniqueness, we find we have a real diverse mix of client using the tunnel each day.

Our first client may well be a car manufacturer. They regularly use our facility to test their new vehicles to ensure they are achieving the perfect balance between aerodynamic share and road hold. No one wants a fast car that is going to leave the road, so the down force needs to be sufficient enough to keep a car firmly on the ground. When we are doing the test, we bolt the vehicle down to special multi-part weighing scales, and set up the facility to measure a range of things which can include testing drag, side-force, lift, yaw (angles are +/- 180deg), and pitch and roll.

there are four fans, which suck the air through the chamber – not blow it out it as many people think

“At one end of the tunnel there are four fans, which suck the air through the chamber – not blow it out it as many people think. This means that the air flowing through the facility is smooth and undisturbed.

“While we’re carrying out the testing itself, we are positioned in the gallery, meaning we can monitor the vehicle or product’s performance from behind a glass screen. Dependent on the test, we may also use a smoke – a product made from vaporised water and glycogen – which allows us to visualise the aerodynamic flow. In addition, we’ll often video the test so we can come back to it at a later point.

“After a morning of testing, the team and I will quite often jump in the car and head over to MIRA’s canteen for a spot of lunch. MIRA is a busy site and it covers 874 acres so it’s better to drive to where you need to go. But the canteen is a great place to stop off and catch up with colleagues from around the business – especially on ‘fish and chip Friday’!

“And then it’s back to the wind tunnel for the afternoon’s testing. The majority of clients will spend at least one day testing in the tunnel, so we usually continue the morning’s work, but on occasion we’ll be doing something completely different.

“We work with a number of clients in the defence industry, so we can find ourselves testing Unmanned Aerial Vehicles and small aircraft in the tunnel, measuring and analysing their thrust, whilst working with them to optimise the shape for the best aerodynamics they can achieve.

“We also do a lot of work with manufacturers providing products to local councils, so whilst we may be testing vehicles in the morning, we might find ourselves testing road cones, lamp posts, or even bins in the afternoon, working with the client to ensure the products are passing safety standards.

“Back in 2012 we did a project for the 2012 Games and were asked to test the aerodynamics around the hats that adorned the heads of 20 statues around London. We’ve tested car red noses for Comic Relief, garden sheds, flag poles and even high performance bikes for the likes of Chris Boardman and Team Sky, ensuring that we can engineer out any resistance or drag associated with aerodynamics to increase speed performance. We even test people

“No two days are the same at MIRA, and if we are not testing at any point I will often meet with MIRA’s apprentices to offer mentoring advice and support. I feel it’s important to pass on my experience to the next generation of engineers. I went straight into the RAF when I left school at 16 and trained on the job. I think the apprentice route is an excellent way to earn while you learn.

“I am always keeping my own skilled up to date too. At MIRA we have MIRA Academy; a training and education initiative that further develops skills of existing MIRA staff, and those of future generations of engineers and technicians. We also work with a number of education providers in the region, including universities and schools.

I love my job at MIRA, and when 5.30pm arrives I head home and enjoy watching motor racing on the television, or tinkering with my own vehicles. I always look forward to what the next day may bring. We push the boundaries of engineering at MIRA, and to be a part of that is an incredible feeling.”

Thea Jourdan
Thea Jourdan has been writing about engineering and architecture for over 10 years. She edited and commissioned Special Reports in engineering, defence, energy automobile and aerospace for the Daily Telegraph from 2005 to 2015.
Latest posts by Thea Jourdan (see all)
Share:
Tags: aerodynamic, wind tunnel
Add your comment 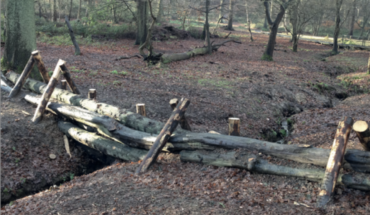