A lack of sleep could lead to heart disease, weight gain – and even change the way our DNA behaves, according to experts.

Professor of Sleep Medicine, Paul Gringras, has pulled back the covers to reveal what happens to our bodies after a poor night’s sleep, with higher blood pressure and cholesterol also among the potential consequences of not getting enough rest.

It comes after a leaked draft of a public health green paper due to be published by the health secretary, Matt Hancock, said the government will review the evidence on sleep and health.

Worryingly, a study of 2,000 adults by sleep tech firm Simba to support it’s new #TryFor8 campaign, found 44 per cent of Brits are sleeping for a maximum of six hours a night.

And just 17 per cent are getting their recommended eight hours of rest.

“Those people who sleep under six hours have a higher risk of coronary heart disease, their blood pressure is higher and their cholesterol is worse. “Our lack of sleep as a nation has been compared to ‘the canary in the coalmine’, in that poor sleep is linked to so many other serious health issues. “If you are someone with poor sleep quantity and quality then you have a 60 per cent higher chance of having a heart attack, high blood pressure and stroke. “It is also thought that we make more inflammatory proteins called cytokines after a bad night’s sleep, which can cause adverse effects on the whole immune mechanism.”

One of the health issues Gringras highlights is the adverse effects chronic poor sleep can have on the way our bodies treat our DNA.

“Every cell in our body contains the same DNA, our genetic code. And people used to think that was that – your genes were who you are – and nothing could affect it. “But, our DNA, and how our body knows what to do with it, is in fact susceptible to changes from outside factors – what we eat, whether we smoke, how stressed we are, and how we sleep. “Although poor sleep doesn’t change our actual DNA code, it does affect the epigenetic signals that control how our genes function, and it’s this that can have a negative effect on our day to day lives. “Just one night’s bad sleep changes epigenetic signals to our DNA that cause weight gain and loss of muscle mass, and can affect the way that memories are laid down in the hippocampus – part of our brains.”

According to Professor Gringras, feeling tired can also make people more impulsive or likely to take risks as their judgement is impaired.

But it’s not just health problems which can be affected by sleep, with accuracy, reaction time and split-second decision-making improved after a good night’s rest.

“A rested basketball player will shoot more baskets, a swimmer will jump faster on the gun, and a rugby player will be more likely to make successful split-second decisions on the pitch. “Exercise during the day can be helpful for sleep quantity and quality – the survey showed that 85 per cent of people found their sleep improved when they exercised during the day. “You can train really hard, put all the hours into strategy and match-day evaluation that you want, but the simple fact is that if you are not getting enough sleep, it will have a direct negative effect on your performance, which is why athletes and their teams put so much emphasis on good quality sleep regimes.”

To demonstrate the link between sleep and everyday performance, international rugby player Maro Itoje has teamed up with Simba to encourage the nation to #TryFor8 hours in bed every night via its new Simba Sleep App.

Maro and his support team believe that proper sleep should be disciplined, and is equally important as training or nutrition.

As part of the campaign, the rugby superstar will take a workout-like approach to coach the nation via Simba’s newly developed Simba Sleep App to train themselves into better sleep habits.

“Sleep is directly linked to how much energy I have. It is directly linked to my performance, my output in the gym and on the training field. “It’s something that has always been hugely important to me. The more you sleep, the more ability you have to train harder, be more alert and attentive. It’s a game-changer.” 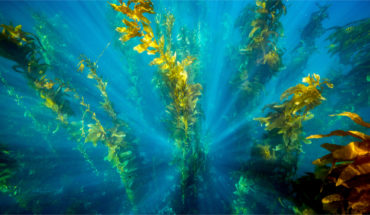