An armed forces charity with a number of disabled veterans has completed one of the world’s toughest desert rallies – in Britain’s most affordable 4×4. The Future Terrain team drove three Dacia Dusters a combined 3,000 miles through the Sahara in a seven-day adventure.They took on giant sand dunes, rocky roads, flooded tracks and other harsh terrain in the Carta Rallye – having just driven more than 2,000 miles from England to the starting line in Morocco.

And it wasn’t a case of the charity merely taking part, rather, with the team battling gruelling conditions they finished second and third in their categories on one day. While a number of specially-built rally cars costing hundreds of thousands of pounds were getting stuck overnight in the desert, the hardy Dacias made it back to the camp each evening after ten to 12 hours of driving plus night stages. Navigation during the orienteering-type competition was made even more difficult by the unpredictable weather; sunshine was interrupted by heavy downpours and visibility was limited by regular sandstorms.

The Future Terrain team is made up of wounded, injured and sick former and serving members of the armed forces, who use motorsport and off-road driving to gain qualifications to redefine themselves after life-changing injury. One of the drivers was former soldier George Frost, a 37-year-old dad-of-one from Dorset who suffers from complex PTSD. George was returning to a desert environment for the first time since serving in the military. He said:

“I was nervous beforehand because it was my first trip back to the desert.

“I never thought it would be something I would do, but it was better than I was expecting and I think I would probably do it again.

“It was an amazing adventure and it has helped my mental health. I have learnt a lot from the experience. I’ve learnt to push myself further.

“The cars exceeded my expectations. We proved a lot of people wrong.”

51 year old Scott Garthely from Edinburgh was an expedition coordinator for Future Terrain on the event. In 2003, while serving in Iraq, he received several complex injuries following an explosion and in recent years had to have a limb amputated. He said:

“Not only did we do it but we were competing against vehicles which had tens of thousands of pounds of modifications, while we had a car off the factory line.

“On one day we finished second, third and fourth in our class. We were gobsmacked and it did a lot for everyone’s spirit.

“We worked as a team, drove as a team and when there was a problem we got out of it as a team.

“We were outperforming vehicles which on paper we shouldn’t have. The Dacias did us proud.”

Incredibly, the only mechanical issue experienced during the rally was on the first day when one of the Dusters damaged a radiator, forcing the team to add extra protection to certain areas of the vehicles. Apart from roll cages for safety, all-terrain tyres and some underbody protection, the cars remained standard and were near identical to the Duster 4x4s which cost £13,700 in the UK. The team and their four-wheel drive Dusters have now returned to the UK following the event which ended on Sunday. They will now prepare themselves for their next challenge – racing the Dacia Dusters in the British Cross-Country Championship rally series. Grant White, co-founder of Future Terrain, added:

“The Carta Rallye is a highly demanding event, even for the fittest able-bodied people. When you bring people into the mix who are in wheelchairs, with prosthetic limbs or have mental illness, it really ups the ante.

“We did a lot of life coaching, turning negatives into positives, getting people to work together who might not normally want to.

“Everyone found it tough but that’s the nature of the beast, and as tired as everyone was at the end of it, there was a lot of positivity.

“The Dacia Dusters received interesting reactions from people in their highly-modified desert rally cars, many couldn’t believe they were unmodified and all thought we would struggle, but we proved them wrong and we found the Dusters to be fantastic in the dunes.

“We’re really proud of what we achieved and happy with how it all went.” 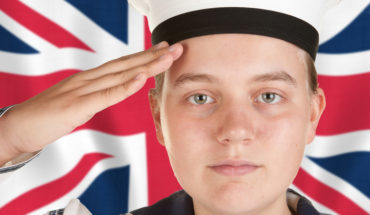