Royal Mail is celebrating some of the marvels of British engineering from the last 50 years with a new set of ten stamps available from today. They feature three past winners of the Royal Academy of Engineering MacRobert Award, which marks its 50th anniversary this year.

From the smallest of computers, the Raspberry Pi, to the three-way catalytic converter developed by Johnson Matthey, and Oxford Instruments’ superconducting magnets that enable MRI scanning, the UK has a long and proud history of engineering. All three innovations are former MacRobert Award winners.

Completing the main six-stamp set is the synthetic bone-graft material developed at Queen Mary University of London by Dr Karin Hing, who won the Academy’s Silver Medal in 2011 for her work.

The Harrier Jump Jet, celebrating 50 years since it entered RAF service, is featured in a Miniature Sheet of four stamps. The Harrier was the first operational jet fighter in the world to use revolutionary vertical short take-off and landing technology, powered by Rolls-Royce’s Pegasus engine, joint first winner of the MacRobert Award in 1969.

“The UK is a global engineering powerhouse with many world firsts developed here that have both benefitted our economy and helped to transform people’s lives for the better. This wonderful new set of Royal Mail stamps perfectly encapsulates the technical and commercial achievements made by British engineers over the last 50 years, from the Harrier jump jet to Raspberry Pi. These great British engineering innovations – several of which have won the MacRobert Award, the UK’s biggest prize for engineering innovation – represent an amazing foundation from which to develop exciting technologies for the future.”

“British innovation in engineering is world renowned. This stamp issue proudly celebrates the projects and inventions which showcase this, as well as demonstrating the extraordinary range of disciplines that British engineers excel in.”

The Raspberry Pi has sparked a worldwide revolution in low-cost computing. At the size of a credit card and with prices starting at £5, these award-winning microcomputers pack a mighty punch. Since February 2012, over 20 million have been sold, making the Raspberry Pi Britain’s bestselling computer. The beauty of this ingenious microcomputer lies in its versatility. The device features USB ports, onboard memory, video output, audio output and Internet connectivity. Its general purpose input/output connectors allow for other capabilities, such as sensors and actuators, to be hooked up to its tiny processors, so that the only limit is the user’s imagination. From a Sony factory in South Wales, Raspberry Pis have reached all corners of the globe and even gone into space.

The Raspberry Pi Foundation is a charitable company working to overhaul how computing is taught in schools. It offers free learning resources on its website, as well as supporting teacher training courses and over 10,000 code clubs across the world to encourage young people to experiment with computer science. Although the Raspberry Pi was originally intended as an educational resource, the adult maker and hacking communities have also embraced it, and its applications seem endless. From landmine-clearing robots to home irrigation systems, and from heart monitors to experimentation on the International Space Station, the Raspberry Pi has transformed the computing landscape and was awarded the Royal Academy of Engineering’s MacRobert Award in 2017.

The Falkirk Wheel is the world’s first and only rotating boat lift, vertically connecting the Forth and Clyde Canal with the Union Canal. The two waterways were once connected by a series of 11 locks, which took almost a day to traverse, but these were dismantled in 1933. As part of the Millennium Link project, the British Waterways Board teamed up with Arup, Butterley Engineering and RMJM architects to reconnect the canals after 70 years with a 21st-century landmark structure.

The Union Canal extends out of the countryside via an aqueduct to meet the top of the wheel, which consists of two opposing arms whose design was inspired by a double-headed Celtic axe and a ship’s propeller. On the end of each arm is a water-filled caisson that can hold up to four canal boats, plus enough water to fill an Olympic sized swimming pool. The weight on each arm must be carefully balanced. According to Archimedes’ principle, boats entering the caisson will displace their own weight in water. Therefore, water levels in the caissons are precisely computer controlled, with a tolerance of only 37mm. This equalisation allows ten hydraulic motors to turn the wheel using very little energy – half a turn uses the equivalent of boiling eight kettles to raise boats 35m in just four minutes.

Catalytic converters clean the emissions from vehicles that have internal combustion engines. In the early 1980s, British company Johnson Matthey pioneered the three-way catalytic converter. This type is now fitted to petrol-powered vehicles worldwide and the company is a world leader, supplying about a third of these globally. The technology converts toxic pollutants into milder gases, making the air we breathe cleaner and healthier. The three-way catalytic converter turns carbon monoxide, unburnt hydrocarbons and oxides of nitrogen into carbon dioxide, water and nitrogen. It does this with the use of metallic catalysts containing platinum, palladium and rhodium that are coated onto a ceramic honeycomb ‘monolith’ through which the exhaust gases flow. The efficiency of the three simultaneous reactions going on inside the three-way converter relies on a precise ratio of air and fuel in the engine’s injection system.

This important balance is controlled electronically, using constant feedback from oxygen sensors in the exhaust to ensure that the optimum air-to-fuel ratio is being burnt for the most efficient exhaust conversion. This feedback system has a slight lag, so in reality the ratio fluctuates above and below the ideal proportions. A cerium oxide component in the catalyst helps to correct for these fluctuations, allowing the overall emissions of harmful exhaust gases to be massively reduced. Thanks to catalytic converter technologies such as this, today’s passenger vehicles are far less polluting than those of 50 years ago. Johnson Matthey Group was awarded the Royal Academy of Engineering’s MacRobert Award in 1980 for this innovation.

Crossrail is the name of the project that created a new railway line through London, linking Reading and Heathrow Airport in the west with the City and Essex in the east. The prediction is that once it is up and running, the Elizabeth line (as it was named in 2016) will be used by 200 million passengers annually, increasing the rail capacity of central London by 10 per cent and bringing 1.5 million more people within a 45-minute commute of the city’s key areas. The project represented a monumental engineering challenge, requiring 13 miles (21km) of new twin tunnels to be bored under the city. These had to weave through the existing underground networks of Tube train tunnels, underground stations, sewers and buildings.

At Tottenham Court Road station, the tunnel passed between the Northern line and an escalator tunnel with less than 1m clearance either side, a feat nicknamed ‘the eye of the needle’. Tunnelling was completed in 2015 and was achieved using eight Herrenknecht tunnel boring machines, which excavated and removed 3.4 million tonnes of material. In partnership with the Royal Society for the Protection of Birds (RSPB), 3 million tonnes were moved to Essex to create the Wallasea Island Wild Coast Project.

Today, magnetic resonance imaging (MRI) is used routinely in hospitals around the world to generate pictures of the insides of our bodies to help diagnose maladies such as cancer, internal bleeding or infections. This revolutionary, non-invasive technique would not be possible without powerful superconducting magnets, which were first developed in the 1960s and in the 1970s applied to body scanning by Sir Martin Wood of Oxford Instruments. The first electromagnet was invented by British scientist William Sturgeon in 1824, and today’s superconducting magnets are based on the same principles.

A superconducting magnet is made up of a large coil of wire that, when electricity is passed through it, produces a strong magnetic field thanks to the laws of electromagnetism. The coil itself is made from very thin filaments of a niobium-titanium alloy, which are embedded in a copper matrix. This material becomes superconductive if it is cooled to below ten kelvins (–263ºC). In this state, it has nearly zero electrical resistance and, once created, the magnetic field is self-sustaining – it does not require external power during operation. To achieve these cryogenic temperatures, the superconducting coil is cooled using liquid helium and is insulated from the warmth of its surroundings by a vacuum. In this way, the coils in MRI machines can produce magnetic fields that are around 50,000 times that of the Earth’s magnetic field. The Royal Academy of Engineering awarded Oxford Instruments the MacRobert Award in 1986 for their work on superconducting magnets.

When bones fracture, they are often able to heal themselves. But sometimes the fracture is too large or complex for the body to repair on its own, so bone grafts are used in surgery to promote bone healing. These grafts can be either taken from the patient’s own body (auto-graft) or engineered (synthetic bone-graft substitute). Whereas an auto-graft introduces a natural template and new living bone cells into the area, a synthetic bone graft must bioactively encourage native bone and stem cells to form new bone tissue, which should eventually replace the synthetic scaffold material completely.

Dr Karin Hing and the team at Queen Mary University of London developed bone-graft substitutes able to enhance the body’s natural ability to rebuild bone tissue by looking at their structure and chemistry. The team studied the sponge-like structure of cancellous bone and mimicked it in the synthetic material. The pores needed to be the right size for new bone to grow into as well as interconnected, to allow for the exchange of nutrients via blood vessels to make and sustain healthy tissue. The group is also investigating the role of the grafts’ chemistry on bone regeneration, where the introduction of silicate ions into the scaffold is believed to alter the surface chemistry so that the right proteins are recruited to direct cell attachment and bone formation. This work resulted in the commercial launch of the bioactive synthetic bone grafts Actifuse™ and Inductigraft™. Dr Hing was awarded the Royal Academy of Engineering’s Silver Medal in 2011 for her work.

The Hawker Siddeley Harrier was developed from a unique experimental aircraft known as the P 1127, which was capable of taking off and landing vertically. In 1962, British, US and German armed forces procured nine of these aircraft to form a Tri-Partite Evaluation Squadron at RAF West Raynham. Now called Kestrels, these aircraft could take off and land using paved runways, semi-prepared sites in clearings in woods and other confined spaces.

The success of the trials and the exciting concept of vertical take-off and landing (VTOL), led to the UK Ministry of Defence ordering a batch of the aircraft in 1965. These were the first Harriers, entering RAF service with No. 1 Squadron in April 1969. Over the next 30 years, British Aerospace (later BAE Systems) developed Harriers for extremely effective ground attack. They could drop precision-guided weapons and operate in poor weather using the latest radar, infrared and optical devices. Because of their remarkable take-off ability, they became known as Harrier Jump Jets.

Rolls-Royce developed the innovative Pegasus engine of the Harrier, and for this they shared the first MacRobert Award from the Royal Academy of Engineering in 1969. Photographer Richard Cook captured a Harrier GR3 especially for the stamps.

The stamps and a range of collectible products are available from www.royalmail.com/britishengineering,  by phone on 03457 641 641 and in 7,000 Post Offices throughout the UK. 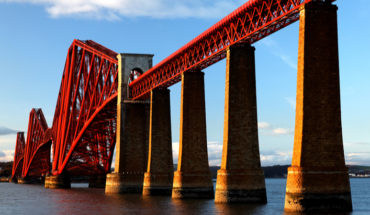